United now have Ed Woodward doing the job previously held by Martin Edwards, Peter Kenyon and David Gill. That trio oversaw the failure to sign Ian Rush, Gary Lineker, Peter Beardsley, Zinedine Zidane and Ronaldinho (amongst many others). Ed Woodward is well on the way to equalising that impressive list of failure. This close season alone United have missed out on the signing of Thiago Alcântara and Cesc Fabregas as well as Woodward being the brains behind the risible two bids for the Everton duo. It was widely reported in the media that Woodward had suddenly left United’s pre season tour in Sydney due to  some ‘urgent’ business back in the Manchester that he had to deal with. Five weeks later and with no further word on this urgent affair, I can only assume that Woodward had accidently left some lettuce and tomato out of the fridge in his office at Old Trafford and had to fly across half of the world as nobody else could access his office to put it right. With the passage of time, I hope that’s all it was. If it was anything of more importance, like maybe signing a new central midfield anchor, then anybody reading this should be grateful that Woodward isn’t your local GP. If he was, then you’d be really in trouble. ‘But hang on’ I hear more moderate voices cry, maybe I’m being a bit harsh on Woodward. This summer United have signed multi million pound sponsorship deals with (amongst many others) Aeroflot, True Corporation Plc and Pepsi. United may not have made any significant new signings but the sponsorship partner portfolio has, according to The Guardian, expanded to thirty four. I take it all back and should look at the bigger picture, the fact that United have secured all that sponsorship should put all our minds to rest. 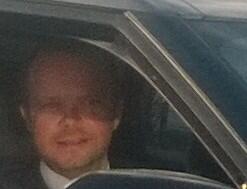 To be fair to Woodward, it looks like Cesc Fabregas used United as a stalking horse for better conditions in much the same way that John Terry did when he batted his eyelashes at Manchester City in the summer of 2009. On the 8th of August, in the aftermath of a £30,700,000 bid from United, Fabregas issued a statement saying “Triumphing in Barcelona has been my dream since I was a child” and “I am very happy at Barcelona and I haven’t spoken to any other club in the last two years.” Fabregas may not have spoken to any other club himself but it didn’t or doesn’t stop his agent, Darren Dein – son of former Arsenal vice-chairman David, from talking to United on his behalf. A very well informed journalist who happens to be a United fan, was privately adamant on the 15th of July that Fabregas wanted to come to United. Whatever Fabregas’s wants or intentions, it took him twenty four days from when the speculation commenced to his statement saying that he was staying, to put a lid on it all. He wasn’t exactly in a rush to reassure Barcelona or their supporters of his wish to stay at Camp Nou. I know who I believe.

Wayne Rooney has had a turbulent summer. It looks like Sir Alex Ferguson delivered and almost freezing serving of revenge to Rooney in the week he announced his retirement. Sir Alex said just immediately after his final home match as United manger that ‘I don’t think Wayne was keen to play simply because he’s asked for a transfer’. Rooney’s camp have since furiously denied the claim made by Sir Alex. The main problem with this dispute is that both claims are perfectly plausible. Rooney’s demeanour and game have, with the odd crucial exception, been off the boil since since the most recent versions of Auld Lang Syne dissolved into the winter sky. Rooney was widely reported on the 16th of July of being ‘angry and confused’ over his position at Old Trafford. This is the same Wayne Rooney who was left “bewildered and angry” in June 2006 when Sir Alex attempted to veto his participation in and England friendly whilst he was recovering from a metatarsal injury gained at of all places, Stamford Bridge. When Sir Alex claimed to the press on the 16th of May to have “never held a grudge”, there was so much rueful laughter from certain people worldwide who have crossed him, that it registered on the Richter scale. Anybody who is familiar with Sir Alex’s modus operandi know that he possesses the classic celtic trait of never forgiving a wrong. Sir Alex is also infamously disingenuous (to put it politely) in his dealings with the media. Even if Wayne Rooney had told Sir Alex that he wanted to leave, Ferguson could’ve privately informed David Moyes of Rooney’s wish rather than leaving a sulphuric smelling mess for his succesor to deal with in the formative days of an already daunting job. David Moyes and Wayne Rooney have crossed swords previously too. In May 2006, Rooney was accredited with saying in the execrable first instalment of the pentalogy of books he’s obliged to write for Harper Collins that,

“I began to think there was one person who seemed to be a bit upset and envious of what was happening to me – and that was Moyes . . . when he realised I was getting so much of the limelight I felt he resented it. I would have gone anywhere to get away from Liverpool and David Moyes”. (Wayne Rooney, 2006)

Exactly two years later, Moyes successfully sued Rooney for libel for that comment. The two antagonists did reconcile in 2010 and judging from United fans positive reception of Rooney at Swansea on Saturday just passed, all may not be lost yet for Rooney on the terraces at least. United are publicly digging their heels in on Rooney’s position with rarely displayed zeal. As for his team mates, looking at Daniel Burdett’s photograph immediately after Robin Van Persie’s goal on Saturday, there could be a lot of work to be done there after his excellent cameo performance was barely acknowledged by them, but it’s not insurmountable. Wayne Rooney will be subject to a third bid from Chelsea after the match on Monday, a bid which Jose Mourinho has been falling over himself to claim is ethical. With Mourinho having been fined £75,000 by the Premier League in August 2005 over the ethically dubious contact with Ashley Cole, it’s no real wonder that Mourinho is using the word ethical like a sanskrit mantra.

There was a lot of belief that Jose Mourinho was heir apparent to Sir Alex Ferguson. The Old Trafford job, like the one at Inter Milan and Real Madrid was big enough to satisfy his elephantine ego in a way that the job at a relative backwater like Chelsea will never be. Two things maneuvered Mourinho to Stamford Bridge. One was the obvious snub delivered to him by not offering him the United manager’s job. It’s been an open secret since before last Christmas that Mourinho was effectively working his notice at the Bernabeu. His uncharacteristic sanguine humility after his Real Madrid side knocked United out of the European Cup in March coupled with old father time not waiting, even for Sir Alex, meant that there was an assumption that Mourinho was Old Trafford bound come the summer. Mourinho has since claimed that the offer of the Chelsea job was always the most enticing to him but that statement reeks of the spurned lover. He couldn’t have it so he didn’t want it anyway. It must be a completely different Jose Mourinho who on the 28th of July 2009, was quoted by ITN as saying “I would consider going to Manchester United but United have to consider if they want me to succeed Sir Alex Ferguson. If they do, then of course”. There has been talk that United director Sir Bobby Charlton had put the block on Jose Mourinho’s appointment at Old Trafford. Sir Bobby told The Guardian last December that “Mourinho is a really good coach but that’s as far as I would go, He pontificates too much for my liking”. That Charlton wasn’t enamoured with Mourinho is obvious but for all that, Sir Bobby doesn’t have the political influence at Old Trafford that he once enjoyed. At the World Cup in Mexico in the summer of 1986, Charlton quietly sounded out Alex Ferguson who was Scotland’s caretaker manager in the tournament for the Old Trafford job. When Ron Atkinson was sacked as United manager in November of that year, Charlton was instrumental in influencing that decision. Since the Glazer family took control of United in May 2005, the footballing priorities at Old Trafford have been outweighed by the financial bottom line, something Sir Bobby has no real experience of. This is another crucial factor in the appointment of Moyes over Mourinho. David Moyes did magnificently well at Everton  with a net spend of an average of £1,700,000 per season in his eleven years there. Mourinho has always operated on a large budget, something even the most ostrich like of United fans will now acknowledge will never be made available for as long as that family control the club. Since the Glazer takeover of 2005, United have averaged a net spend of £11,700,000 per season. A pittance in an era where Chelsea have averaged a net spend of £40,000,000 per season and Man City spending a net of £55,000,000 per season. That United have in that time, won the title more times than Chelsea and City combined, is testament to the genius of Sir Alex Ferguson, no matter how jarring his vocal support of the clubs owners have been. There has been some consternation over David Moyes recent positive statement about the Glazer’s but I struggle to understand why. Having just been given the keys to the managers office at Old Trafford, he was hardly going to publicly call his new bosses a bunch of twats. An annual statement of support from the incumbent United manager towards the Glazers now appears to be a contractual requisite in much he same way that, before they became a project in days of yore, all new signings made by Manchester City had to refer to their new club as either big, huge or massive. The appointment of Moyes however is a big gamble for the Glazer family. Moyes, a hard working, disciplined and deeply religious man who conforms to all the no nonsense, presbyterian Scottish stereotypes, has taken a professional step up to a level I believe he’s still getting to grips with. I’ve no doubt that Moyes has got the balls and the bottle for the job, I just hope he’s given the time to implement his ideas without any kneejerk decisions being made. Moyes has never won a trophy as a manager, he’ll only be given a fraction of the time that his predecessor was granted to change that.

R.I.P. Kevin O’Neill and Derek Digger Vost, two of the soundest blokes you would ever meet who left us this summer.

12 thoughts on “Dissolved Into the Winter Sky, just another summer at Old Trafford”