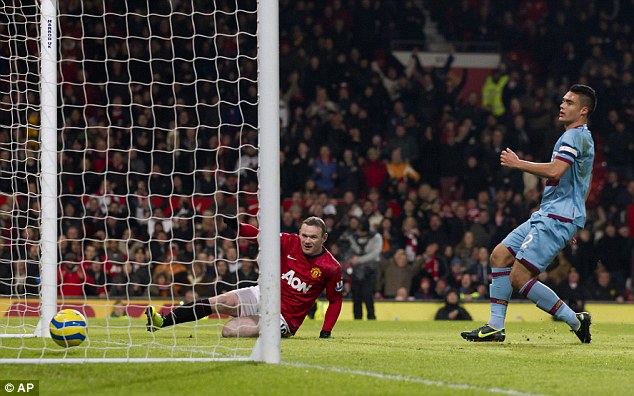 United started tonight with 10 different players from what started against the mickies on Sunday just passed. Robin Van Persie was left on the bench, just like he was at the Boleyn Ground eleven days ago. Tonight, no doubt to Sir Alex Ferguson’s relief, he wasn’t needed to pull United out of the shit like he was then. It wasn’t plain sailing though. Anderson found Javier Hernandez on eight minutes with a pass equally as good as Ryan Giggs’s pass to Van Persie at the Boleyn Ground. Hernandez squared the ball over the six yard line to give Wayne Rooney an empty net to put the ball into. After a pedestrian and comfortable first half for United, the second half was far from it. West Ham if anything, played better in the second half than they did at anytime in the first game at the Boleyn Ground. Matt Taylor missed two great chances, the most glaring was when he squared the ball attempting to find Carlton Cole when he should’ve shot himself on 61 minutes. The only survivor from Sundays line up, Rafael was on hand to clear that one up.

Ryan Giggs won a penalty after performing the type of run which he’s been doing for the last twenty two years. When Jordan Spence was adjudged to have handled the ball from Giggs’s cross on 79 minutes, I believed the decision to be rough but however harsh that decision was will be nowhere near as harsh as the words Sir Alex Ferguson will be having with Wayne Rooney for the ensuing penalty. The stattos were out in force after that miss, I’ve now found out that Wayne Rooney has missed ten penalties in a United shirt since he signed for United in September 2004. That’s obviously a lot but I wouldn’t be screaming for any knee-jerk embargo on him taking anymore. Put it this way, if United get a penalty at White Hart Lane on Sunday and Robin Van Persie isn’t on the pitch then my vote would go for Rooney to take it. The most important thing with Rooney is that he has bottle to spare, taking another penalty wouldn’t faze him in the least and I’d trust him to put it away. 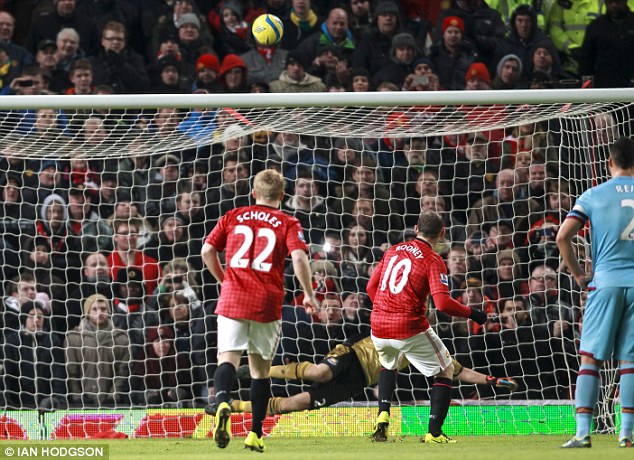