The obituaries had been written about United over the summer, some that I have to say, I agreed with at the time. United were handed in comparison to last season, a relatively benign start to the season and failed to win the first three league games. I am convinced that if United had won the first two games, the spending spree that did occur after the Swansea debacle and tedium at Sunderland would not have happened.

One noticeable thing about United today was that with Tyler Blackett, Marcos Rojo, Angel di Maria, Juan Mata, Daley Blind and Robin van Persie, playing, United fielded enough left footed players to have any Celtic fan purring. At the end of the match, for the first time since last November when United beat Arsenal, Old Trafford was abuzz with what they saw. This wasn’t a classic United performance and nobody who knows their stuff is getting too carried away due to the mediocrity of the opposition but last season, there’s a feeling that United would’ve made hard work of this fixture. Whatever would’ve happened, United would not have won with the flamboyance that was displayed today.

On 23 minutes following a foul by Clint Hill on Ander Herrera, Di Maria scored a goal which some pedantic commentators will probably call a cross (they’re the same kind of people who squawk about Wayne Rooney’s famous goal against City being off his shin). A great start for in his home debut Di Maria, he celebrated by doing that bloody awful heart shape that Gareth Bale has perfected. Never mind, it’s one to conveniently overlook.

QPR had a chance to equalise on 31 minutes when a comical misunderstanding between Rojo and David de Gea resulted in Matt Phillips having a near open goal to aim at from 20 yards. Luckily, Jonny Evans read what was happening and saved Louis van Gaal from having to answer any stupid questions about his goalkeeper from the media in the post match press conference. As Louis van Gaal displayed on Friday, he doesn’t suffer fools, just in case we thought he’d mellowed over the summer.

Louis van Gaal press conference on Friday prior to the match

In the 36th minute, Di Maria countered brilliantly to feed Rooney on the left flank. Rooney having been blocked by the returning Rio Ferdinand set up Herrera to fire past QPR keeper, Robert Green´s right hand post in the Scoreboard End. Eight minutes later, from eighteen yards, Rooney beat Green on his near left hand post to give United a half time lead of 3-0. 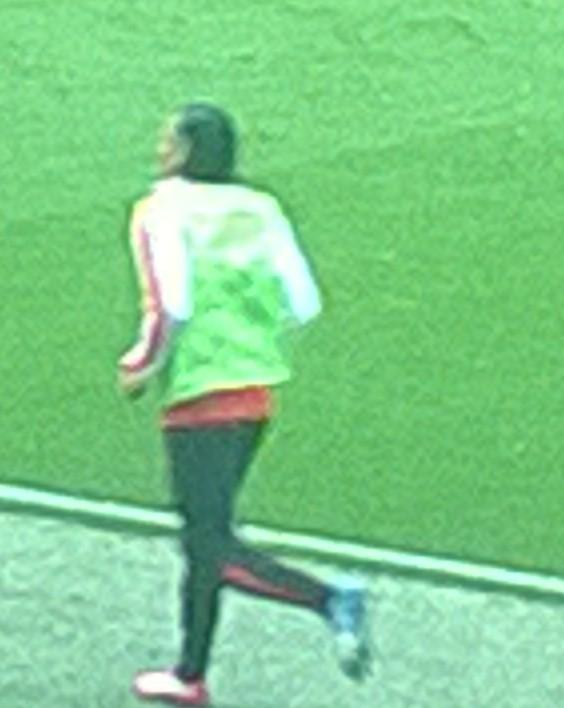 Radamel Falcao warming up to a rapturous welcome from the Main Stand. Seconds after this photo was taken, Juan Mata made the score 4-0

In the 58th minute, with the crowd temporarily distracted by Radamel Falcao warming up, di Maria played a low through ball through which left Juan Mata on his own in front of Green from eight yards. Mata scooped it high into the Stretford End net to make it 4-0 with thirty two minutes to play. Much to the dismay of the lad next to me, who had a big drink coming off a 5-0, United didn’t score again. He was probably the only person who walked out of the ground today who was grumbling. Yes it was only QPR that United beat, a side so poor as to make a staggeringly poor Norwich City look good, but it’s the first win of the season, it was emphatic and more importantly, after a pensive first quarter of an hour, it was the old United.

Well, it may be a bit late but thank Christ the transfer window is over. The drama on the Monday deadline day was akin to that incredible day in 2008 when City were taken over by the Abu Dhabi United group (I love that name). Then, City’s home on the site of the former Bradford gasworks was swamped with young lads who’d nicked their Mams tea towels and put them around their heads. This year, Jim White (of SKY Sports), never a man who can be said to overuse understatement, worked himself into a frenzy of such magnitude during the “thrilling” Danny Welbeck and Falcao transfer saga, that I was hoping there was an oxygen tank close by in the TV studio. Everybody on SKY Sports were decked in yellow, the women wore yellow dresses, the men wore yellow ties in yellow studio around the old oak tree. A yellow so brilliant and bright, that I was wearing sunglasses in my own house during an overcast day and a sultry night.

Fair play to Ed Woodward. On the 20th of July, he told United fans to “watch this space” in regards to much needed new signings. After the debacle of last summer, most people thought these were hollow words from Woodward. This transfer window, he actually came good. As alluded to before, I doubt there would’ve been such an outlay if United had made a good start to the season but that is really by the by now. It’s sheer pragmatics which have lead to this spree. The Glazers have had to spend and spend big this summer. United can afford a Euro free season and absorb the loss of revenue but if they don’t finish top four this season, the ramifications in regards to clauses in sponsorship deals (Adidas in particular) will leave United seriously in the shit. 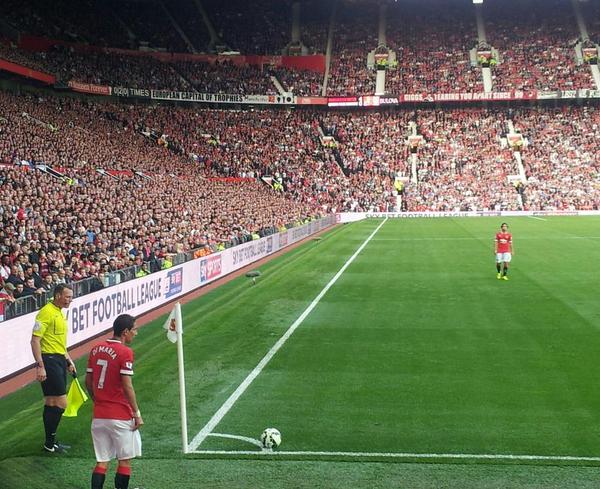 The recruitment of Rojo, Di Maria, Blind, Falcao and Herrera have made a mockery of Brendan Rodgers claim that you need to be in Europe to entice top players. That’s the same Rodgers whom this summer has managed to lose Luis Suarez (one of the best players in the world, no matter what else you might think of him) and bring Ricky Lambert, Adam Lallana and Mario Balotelli to Liverpool with European Cup football as a carrot for playing there. Balotelli is a gifted player when he’s in the right mood but I don’t believe that you will find a single scouser (who knows what he’s talking about) who would take him over Luis Suarez. If that’s bringing in top players, then God knows what Rodgers turned his nose up at. It’s a bit like United replacing Cristiano Ronaldo with Antonio Valencia (God bless him) and Carlos Tevez with Michael Owen (yes, that really did happen) in 2009. City have proved since 2008 that it doesn’t matter where you are, to use the words of Bob Dylan, “money doesn’t talk, it swears“. When the money gets flashed, the top players will come, to use the words of the laird of govan, “there’s no question about that”. 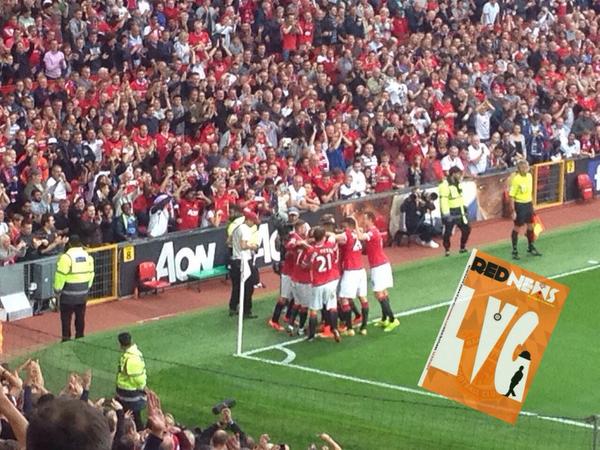 With the departure of Javier Hernandez, Danny Welbeck and Nani, I think all three have made the right move. The fact that United literally can’t give away Anderson is the most damning thing for a player who had played an important role in season 2007/2008 when United won the European Cup and Premier League.

Mike Phelan said on BBC Breakfast TV that money wasn’t available to Sir Alex Ferguson. Sir Alex always claimed that the money was available if needed but there was no value in the market. Between Sir Alex and Mike Phelan, somebody is telling porkies. If Sir Alex was telling the truth, then he never saw that huge iceberg that was to be the downfall of David Moyes or even the possibility of David Moyes appointment being that iceberg itself. One way or the other, Sir Alex had a massive influence in how that worked out and for that reason alone, his retirement from the United managers job in May 2013 was probably the best thing for all parties all round.