In 1974 and 1975, Muhammad Ali famously fought George Foreman and Joe Frazier in legendary fights that became known respectively as The Rumble in the Jungle and The Thriller in Manilla. Up until the 80th minute tonight, United were drivel in the drizzle as the played sorry in the quarry. Then out of the blue following a speculative ball played from Uniteds right back position, Robin van Persie capitalised on an error by Braga goalkeeper Beto who had found himself hopelessly out of position, to lob home an unexpected equaliser. 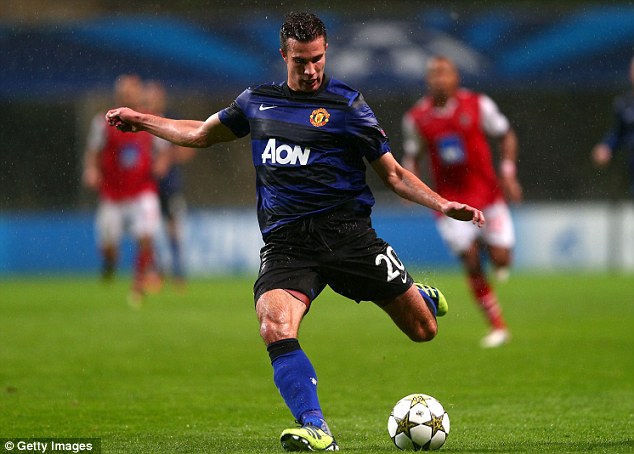 Tonight was probably the worst United performance I’ve seen all season. United had most possesion throughout the match but it’s not much use having all that possesion when looking clueless with it. For all Uniteds control Braga had their moments before winning a soft penalty on 49 minutes when Custodio ran into a statuesque Jonny Evans on the edge of his own box. To my knowledge, standing your ground on a football pitch is not a foul yet that to me is all Jonny Evans did (any referees reading this please correct me if I’m wrong). In the 5th minute Evans stood still allowing Bragas’ West African forward Éder to cross the ball unchallenged into a thankfully empty United penalty area. Sixteen minutes later Éder headed low against the post leaving a stranded David De Gea grateful for the good fortune. 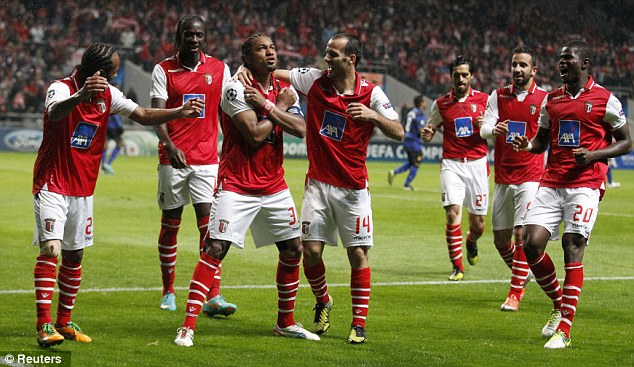 The fabulously no nonsense named Alan scored the penalty on 49 minutes that Jonny Evans had conceded. He gave David De Gea no chance as he smashed the ball into the roof of the net before running off to join his teamates in a Village Peoplesque goal celebration. From here on, United carried on playing that badly that I couldn’t see a goal coming. Just as United had possesion in the midfield on 56 minutes, it became apparent that somebody at Braga hadn’t put a shilling in the ‘leccy’ metre. 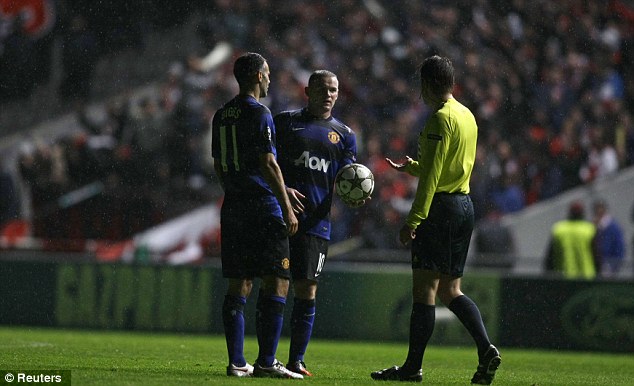 During the impromptu team talk that had been gifted Sir Alex Ferguson, Jonny Evans was substituted during the break for Rio Ferdinand and seven minutes later, Robin Van Persie replaced the ineffective Danny Welbeck. This was an inconvenience to Ferguson, he was obviously hoping to give some of his more senior and experienced first choice players a night off. Such was the sparsity of imagination from United, it was good to see a goalscorer of Van Persie’s ability coming on. After Van Persie’s equaliser on 80 minutes, there was palpable relief. Braga were clearly gutted that United were somehow level having played so badly. When five minutes, Custodio commited a daft foul on Rooney to give a penalty to United, Braga visibly wilted. Wayne Rooney atoned for his poor penalty on Saturday just gone by putting United 2-1 up. Rooney was lucky, his standing foot gave way in an almost identical fashion as it did against Chelsea at Old Trafford last season. That said, United had been due a lucky break from a penalty this season and I couldn’t think of anything more lucky than United being in the lead in this match. As Rooney scored the penalty, rumours circulated that there was a power cut in Stockport similar to the one in Braga as lights went off in peoples houses in perfect synchronicity. This wasn’t, as first feared a possible power cut, more a case of wizened young people going to bed early in a sense of deranged anger. They were allegedly screaming about conspiracies involving UEFA draws and lizards controlled by United, being the sponsors of legendary French midfielder now UEFA president, Michel Platini. 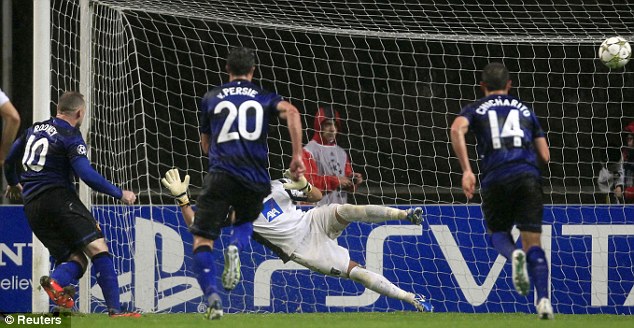 Javier Hernandez scored to make the final result a very flattering 3-1 in injury time. Whilst the score may have been harsh on Braga, Uniteds’ discipline and professionalism shone through against a skilful but naive side for the second time in two weeks. After what I’ve seen of Uniteds opponents to date in this seasons competition, I believe Braga should go through to the knockout stages. As for United, it’s great to not only qualify with two games to spare but also to have won the group as well. Anybody who hadn’t seen the matches United have played in Europe this season would think United had strolled through but that’s plainly not the case. United have qualified whilst having some very sloppy performances that will have to improve dramatically should they come across somebody like, for example, Borussia Dortmund. United now have the luxury of being able to play young sides against Cluj at Old Trafford and more importantly, Galatasaray away. I can’t think of a better experience for finding out the bottle of a young player than putting them in that cauldron of hostility. 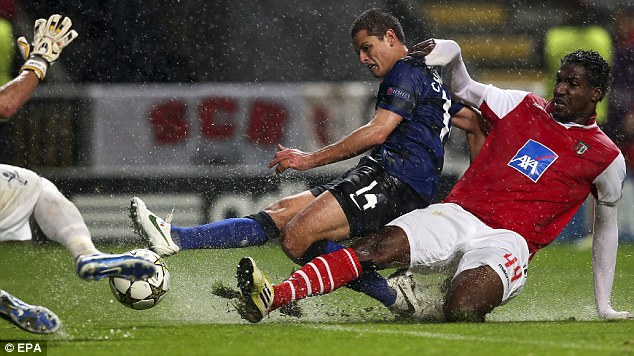 Having gone round the houses and then round the block, Javier Hernandez makes the score 3-1 for United in stoppage time