In the wider world, Margaret Thatcher’s government were continuing their vendetta against football fans. One of these ideas was to make every football supporter carry membership cards for the club they were affiliated too when attending matches. It was around this time that United introduced their own shitty membership scheme, the benefits which included 10p off a pencil rubber in the newly fangled superstore for the commencement of the 87/88 campaign. One of the most controversial measures of this scheme was making the Stretford End terrace members only, where the Stretford Paddock was fine for anybody who wanted to attend. This resulted in a lot of refuseniks (this writer included) moving over to the Paddock and it’s also this writer’s opinion that the Stretford End was never quite the same after this. END_OF_DOCUMENT_TOKEN_TO_BE_REPLACED

Well what a load of END_OF_DOCUMENT_TOKEN_TO_BE_REPLACED

END_OF_DOCUMENT_TOKEN_TO_BE_REPLACED

I’ve seen Liverpool beat United at Old Trafford before. Quite a few times in fact and one thing I can guarantee after a Liverpool win at Old Trafford is that the forecourt that faces onto Warwick Road would be a bearpit. Especially after a result like today. These are different days though. Despite the protestations of protagonists from West London, North London and East Manchester, this fixture has the similar worldwide enticement of Real Madrid against Barca, Inter against AC Milan and Boca Juniors against River Plate. That allure resulted in the forecourt near the Megastore being flooded with smiling Oriental tourists after the game, all wearing half’n’half United/Liverpool scarves. Such was the numbers involved that Man United Fans Blog can exclusively reveal that they can call off the search for the missing Malaysian Boeing 777. The flight covertly arrived at Ringway Airport last night for this match. END_OF_DOCUMENT_TOKEN_TO_BE_REPLACED

I knew today boded well when word got out just before kick off that Leeds United had lost 6-1 at home to Watford. It doesn’t matter where that club is in the League pyramid, to hear that they’ve not only lost but have been annihilated is always very gratifying. Leeds could be at the bottom of the lowest league possible and it still would be too exhalted a position for me. I later hear that Mikel Aterta missed a last minute penalty as Arsenal drew 3-3 at home to Fulham. I wonder if Arteta was accosted by Fulham players the same way that Ruud Van Nistelrooy was by gloating Arsenal players like Lauren, Ray Parlour, Martin carthorse Keown and Ashley Cole (hiding behind Sol big boy Campbell) in 2003? 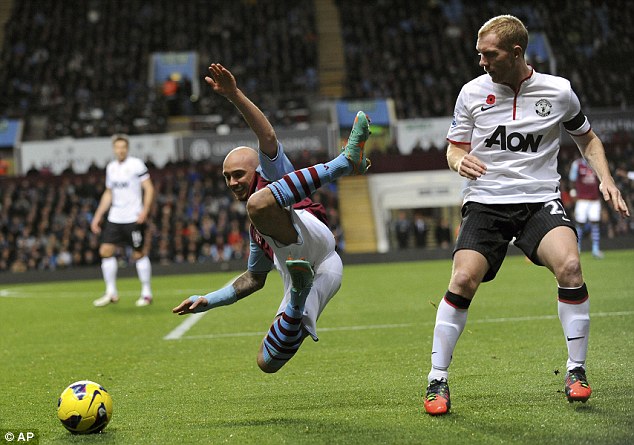