After doughnut gate with David De Gea last week at Tesco’s in Altrincham, where, according to the Sun, he didn’t just walk out with the doughnut but “swaggered” out with it. I’d love to see what David De Gea looks like, swaggering around eating a doughnut. Wayne Rooney, never one to be outdone, last night got sent off in Montenegro in an incident in which City & England goalkeeper and also good pal of Rooneys, Joe Hart, correctly described as pathetic. Reading this mornings press, you’d think that England had just been knocked out of the European Championships, not just qualified for next years finals in Poland and the Ukraine. I thought what Rooney did last night was plain daft but the way the fourth estate have reported on it, you’d have thought he’d commited treason. Whilst it’s unfortunate that Rooney’s gonna be missing for at least one match in the Euro’s, is it really such a catastrophe that the loss of one excellent player could cause such disruption to the English chances of success next summer ? If England cannot replace Rooney for an important match then it’s a huge indictment on the quality of players available to Fabio Cappello and by association, English football itself. END_OF_DOCUMENT_TOKEN_TO_BE_REPLACED

I was watching Denis Law last Saturday being interviewed on Football Focus, generally reminiscing about his days as a pro-footballer and drawing the inevitable comparisons with the lifestyles and living conditions that pro-footballers live in today. Two things mentioned regarding the treatment of his knee injury in the 1960s by doctors and the brinksmanship over a demanded £10.00 a week pay rise, which resulted in him being transfer listed by Sir Matt Busby, brought modern events into stark comparison. Specifically Owen Hargreaves recent comments over the treatment of his knee injury during the last three years of his lamentably injury plaugued time at United and Carlos Tevez’s alleged refusal to come off the subs bench on Tuesday night in the Allianz Arena in Munich.

Hargreaves claimed he was being used as a guinea pig during his injury by the medical staff employed by United, whether Hargreaves is right or wrong is not for me to say due to my lack of expertise in the treatment of knee injuries but if he has any complaints about his treatment, he wants to listen to Laws story about knee injury treatments in the 1960s to get some perspective, particularly when Law said he felt like his knee was being treated by “butchers”.

In an era when the word legend is overused, Denis Law is a legend in the old fashioned sense of the word. A bigger folk hero to the hearts and minds of United fans, you’d struggle to find. The original king of the Stretford end, he’s so popular at Old Trafford that he’s revered as much for his reaction to a goal he scored at in the Scoreboard end of Old Trafford against an already relegated United side in 1974 which just compounded it, as for any other deed of his during his time at Old Trafford. Along with Bobby Charlton, he’s probably the only United figurehead that could walk in and around City’s newly monikered stadium without getting abused.

Carlos Tevez is another ex United player who performed like a legend on the pitch when playing in red. A tigerish and mithering centre forward who never gives the best centre halves in the business a minutes peace. I’ve lost count of how many important goals he scored or created in a red shirt from where/what most people would call a lost cause. He was loved on the terraces and stands of Old Trafford, just like he was at his previous club, West Ham. When Tevez announced in June 2009 that he was leaving United, no United fan of my aquaintance was happy about hearing it. This was the second world class player United had lost in a couple of weeks after United had sold Christiano Ronaldo to Real Madrid for an eye popping £80,000,000. People were sorry but not surprised to see Ronaldo go, consensus was though that if the money paid by Real Madrid went towards signing Carlos Tevez permanently, then it’d be alright.

It didn’t, Tevez announced he was leaving United soon after and a few days after that, announced where he was going. Tevez had previously said that out of respect to United, he wouldn’t sign for our main rivals, Liverpool. It was a choice between City and Chelsea. Whilst amused at the unintended effects of his words, putting City firmly in their place, he went and signed for them. City fans were unsurprisingly ecstatic of signing Carlos Tevez from United. There was all kinds of talk of this being a seismic shift in the balance of power between the two Manchester clubs. These seismic shifts have been occuring on a bi-weekly basis since September 2008 in which time, United have won two titles and a league cup and City have won the FA Cup.  City fans with a nostrodamic foresight were singing, to the tune of “London bridge is falling down”, songs about Carlos Tevez and Munich on the day they signed him, they had him sussed all along.

Over the five years that Tevez has played in England, he has picked up a truly mind boogling amount of money in wages, to play for clubs and fans who worshiped him almost unconditionally and he has treated the fans of these clubs and the clubs themselves with an almost regal disdain, culminating in the incident in Munich on Tuesday night. Denis Law, as alluded to before, is an almost regal presence at Old Trafford. It’s an indictment of the warped realities of modern and old school football that a man who literally gave the lifelong wellbeing of his knees for Man United has, in the last twelve years released three autobiographies.

I’m not Denis Law’s accountant and thus, not privvy to his finances but the prolific nature of his autobiographical scribes tells me that he’s doing it for the need of money.  I just hope that the release of this book, obviously aimed at the Christmas stocking filler market, along with Paul Scholes and Gary Nevilles recent tomes flooding the market with United related books, yields enough money so that Denis can spend his dotage sitting in the garden, enjoying his grandkids or basically doing what the hell he wants to do and never having the need to do it again. Buy yourself the book, buy your father, granddad or uncle the book and buy your United mad kids, nieces and nephews the book, he’s a great man with an interesting story to tell. 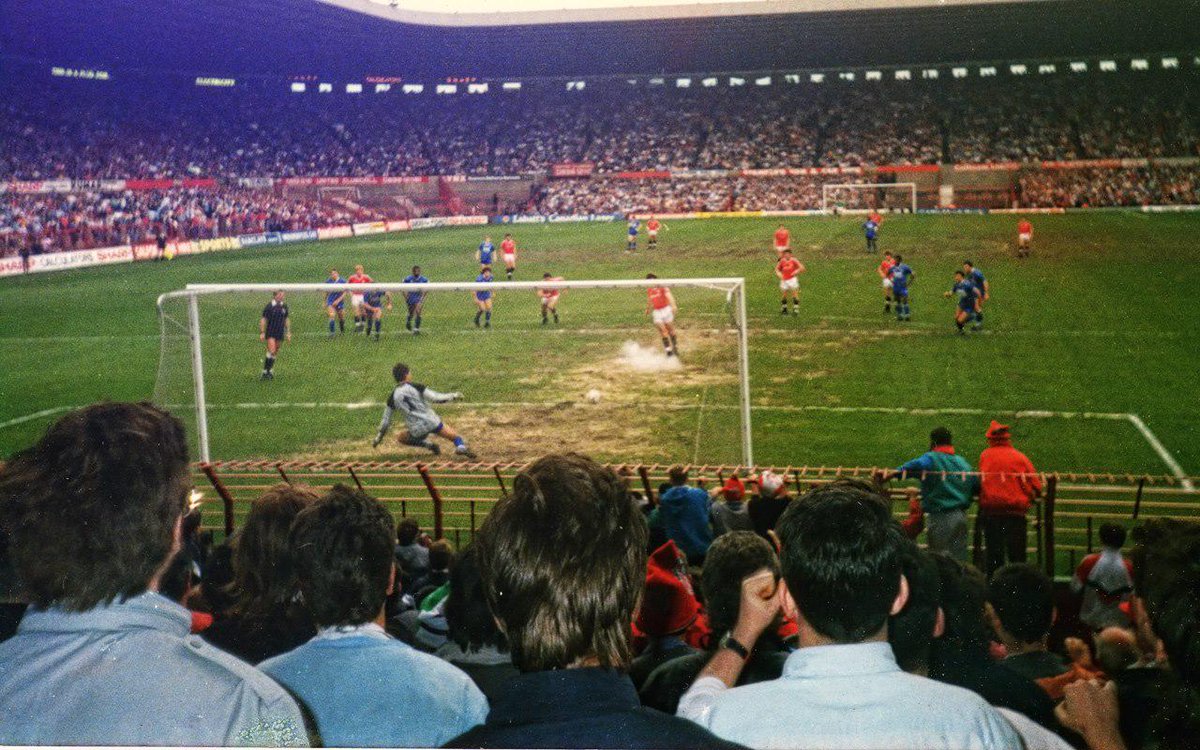