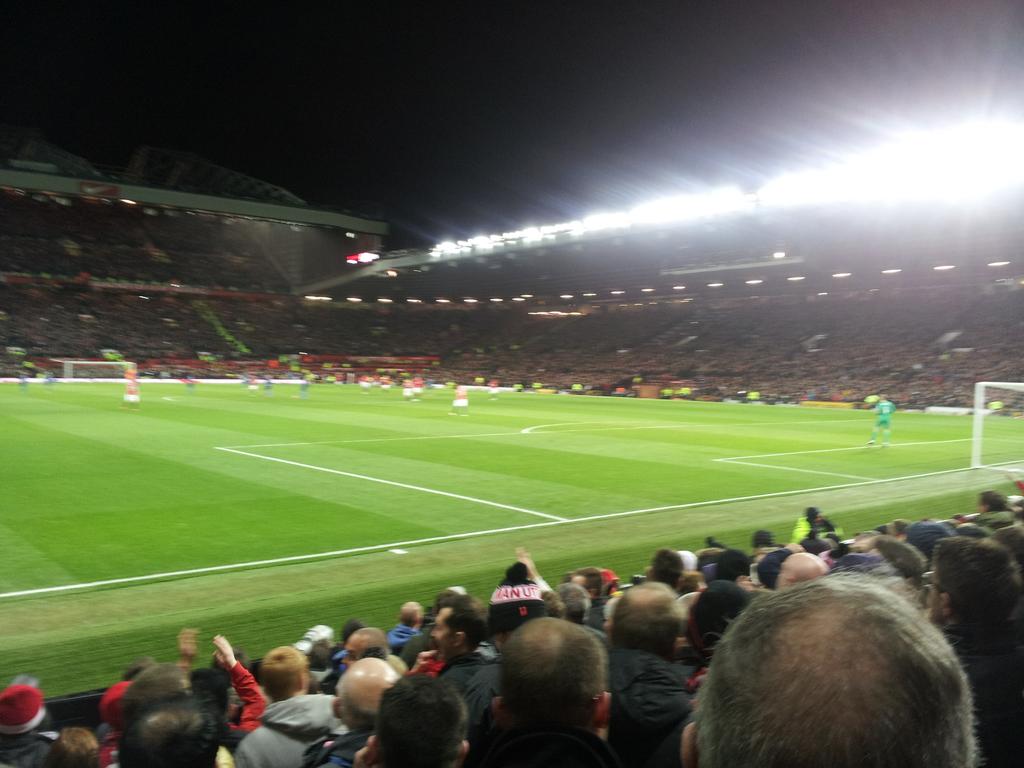 This was the best game I’ve seen at Old Trafford this season and played in the best atmosphere. The first half, United played with some speed and attacking verve. It was far from perfect but END_OF_DOCUMENT_TOKEN_TO_BE_REPLACED

This was a great win for United. Lucky, very lucky but a great win, and the luck has been overdue this season. Arsenal can (and knowing them, will) moan endlessly about the referee, Mike Dean, missing Marouane Fellaini’s push on Kieran Gibbs. This in turn led to United’s first goal, and then to Wojciech Szczesny’s rib injury. They will, like Match of the Day, conveniently ignore Jack Wilshere sticking his beak into Fellaini in the 30th minute. This was twelve minutes after Wilshere had sniffed at a chance of putting the home side in front when one-on-one with David de Gea.

United fans celebrating outside the stadium after the match

The longer Arsenal went without scoring, the more the anxiety rose within their team and supporters. United, with an inexperienced and makeshift defence, were in a state of siege in the first half. David de Gea was again outstanding. When United went in front with a Kieran Gibbs own goal in the 56th minute, the home side and fans visibly lost heart. The goal, which came from an Antonio Valencia ball which he just clobbered across the Arsenal box, was as comical END_OF_DOCUMENT_TOKEN_TO_BE_REPLACED

The obituaries had been written about United over the summer, END_OF_DOCUMENT_TOKEN_TO_BE_REPLACED 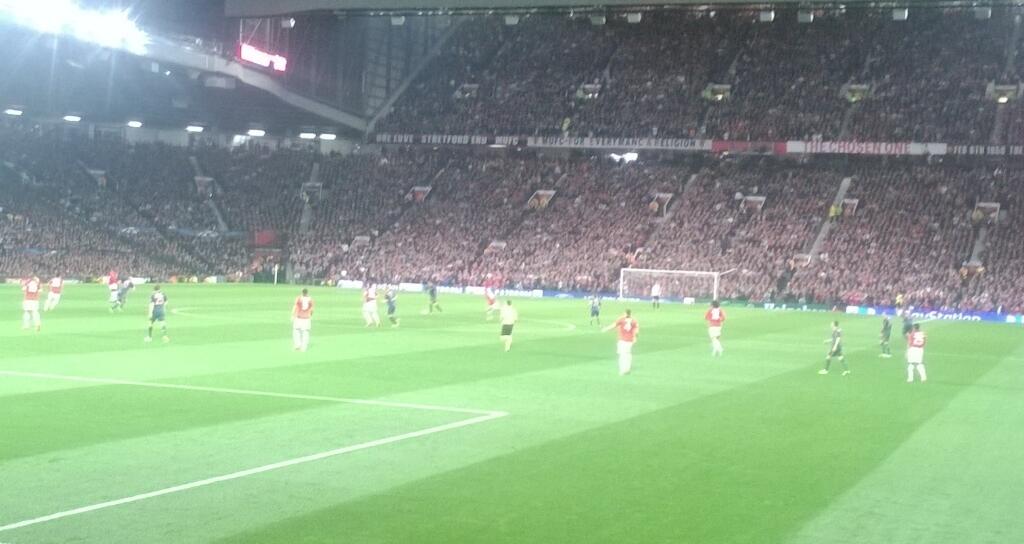