I can only hope that if United had something lying on this game, it would’ve been a better performance than the limp disgrace that was served up today. As bad as United were, Chelsea were equally so. The fairest result would’ve been a 0-0 draw but a Juan Mata shot on 86 minutes which deflected off Phil Jones gave Chelsea a 1-0 win. The most disappointing thing about the match was that United could’ve thrown a spanner in the works for Chelsea’s attempt to qualify for the European Cup next season and allow proper football clubs like Tottenham and Arsenal in. Due to United’s piss poor performance, we’ll probably yet again have these classless no-marks polluting Europe’s premier football tournament next season. After the match, more than one of my fellow reds said that they felt cheated by the display from United while others were seething over David Luiz being the cause of United’s first red card of the season. A combination of Rafael’s naïveté and the rat like guile of his poodle headed compatriot David Luiz, saw to Rafael being sent off by the usually very good Howard Webb. Last month, Sergio Aguero did a very uncharacteristic two footed assault on David Luiz. I said at the time that the biggest regret I have at that is that Aguero didn’t actually cause Luiz a serious injury. That Luiz can ellicit such a reaction from a placid and decent natured lad like Aguero says everything about the type of twat that Luiz is. In Howard Webb’s defence, a Chelsea win has probably saved him from having some spurious career threatening allegation slung in his direction, a regular occurrence from that cesspit of Russian financed poison, when they lose.

END_OF_DOCUMENT_TOKEN_TO_BE_REPLACED

Three weeks ago, United played City and for the first time ever, I didn’t see a single ticket tout working a United game. The same thing happened yesterday at Arsenal’s stadium at Ashburton Grove. The circumstances though between the two games and lack of ticket grafters were radically different. For the derby, the local plod had decided on a zero tolerance policy for the enterprising free marketeers who work on Warwick Road, doing as the government tell them to do by going out and earning a living. Damned if they do, damned if they don’t. Yesterday at Arsenal, I did not come across a single person selling a ticket until the game had kicked off. The concourse was flooded with reds desperately trying to get tickets and there was absolutely nothing about. Through desperation, I tried jibbing my way into the ground. Twice I got in and twice some over-enthusiastic and underpaid jobsworth woke up at the very second I didn’t want them too. On the third attempt, I was clocked by a Policeman who’d saw me getting kicked out five minutes earlier. After he compared me to a feature of female genitalia, he advised me in Anglo Saxon language with all the humour you’d expect from a copper that I’d be spending some time courtesy of his friends and her majesty at Blackstock Road Police station if he saw me again. I didn’t want that to happen as they have a habit of releasing people minutes after the last train has left so you don’t even get a nights stay out of them. With resignation, I was walking towards Holloway Road to find a pub showing the match when I bumped into an Arsenal fan who offered me a spare for £200.00. Seconds after I told him this amateur once a season tout which orifice he could place his ticket, I heard a faint cheer go up and I was convinced United had scored. Due to the local mobile phone masts going berserk, it was a good five minutes before I could phone somebody to be greeted with the news that it was actually Arsenal who had scored with a goal by Theo Walcott. END_OF_DOCUMENT_TOKEN_TO_BE_REPLACED

END_OF_DOCUMENT_TOKEN_TO_BE_REPLACED 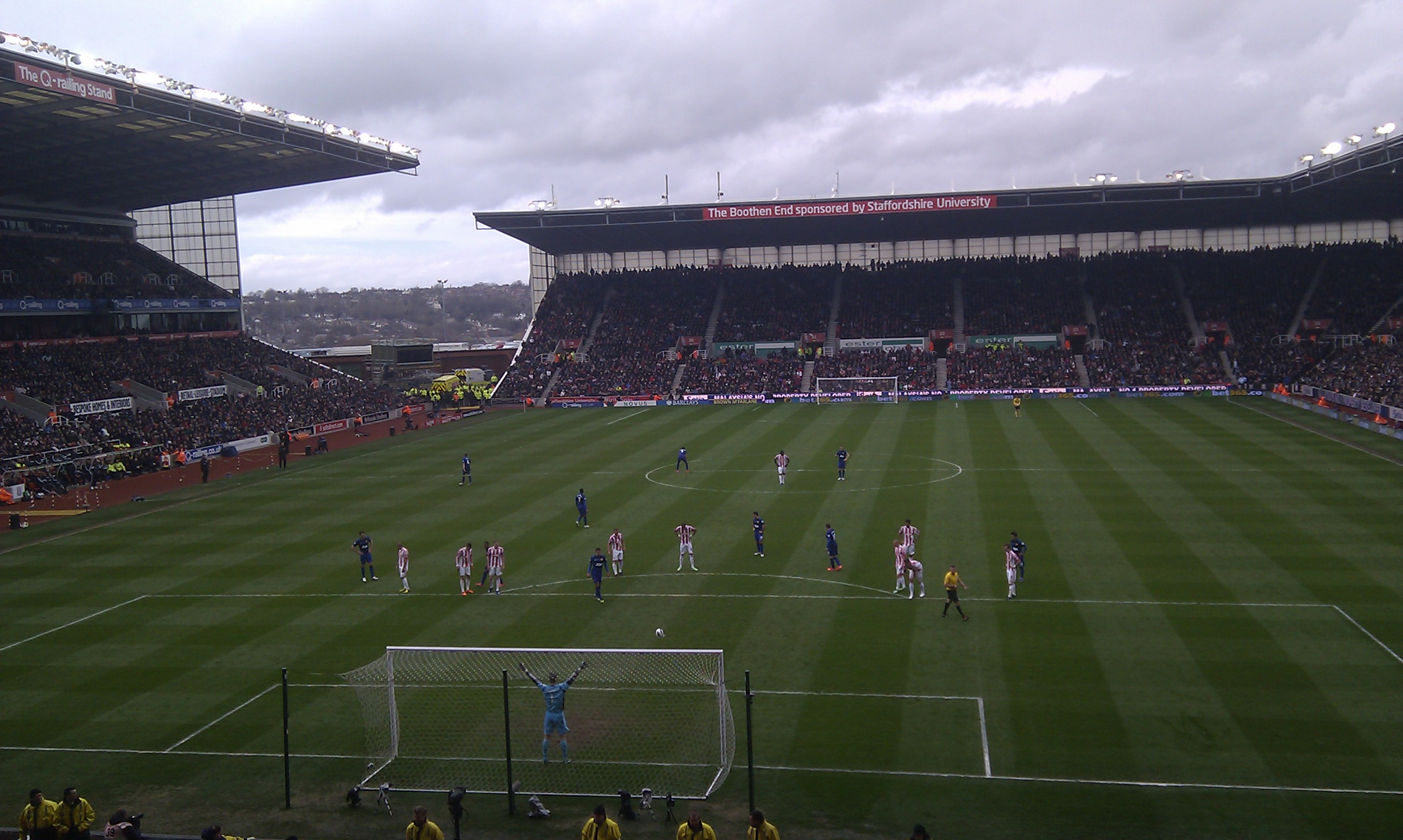 Last season after the bizzare 6-1 loss to City at Old Trafford, United had a match at Aldershot two nights later where they could get the derby match out of their systems. Partial catharsis if you like before normal service resumed the following weekend with a hard earned 1-0 win at Goodison Park. This season following another home derby defeat, there’s been six days of reflection following what was to my eyes a substandard home performance. Stoke City, like Everton, is not the most forgiving of places to go to when you need three points to re-assert confidence. The statisticians have been out this week, working out all the permutations of how United could make a town halls of the run in, just like they did last season. Stoke’s an horrible place to go to and a horrible team to play when confidence has been rattled and there’s no doubt that behind all the bravado, last Monday and the way United lost had left United fans with all kinds of mad things running through their heads (something that’ll be conveniently denied now). END_OF_DOCUMENT_TOKEN_TO_BE_REPLACED

International football has interfered with momentum built up over the past couple of weeks with the usual bad smell surrounding the small town, meatheaded inbreds that follow the England side. Despite looking forward to the return of Premier League football, I hadn’t given the small time watered down Geordies that United played today too much thought until last night. Then last May came back to me and with the memory of the glee of the ‘sunlan’ (sic) fans in reaction to Aguero’s goal, I wanted United to give them a thrashing today at their pretentiously named stadium. That didn’t happen but a 1-0 win which temporarily put United eighteen points clear is a very acceptable second prize.