In the wider world, Margaret Thatcher’s government were continuing their vendetta against football fans. One of these ideas was to make every football supporter carry membership cards for the club they were affiliated too when attending matches. It was around this time that United introduced their own shitty membership scheme, the benefits which included 10p off a pencil rubber in the newly fangled superstore for the commencement of the 87/88 campaign. One of the most controversial measures of this scheme was making the Stretford End terrace members only, where the Stretford Paddock was fine for anybody who wanted to attend. This resulted in a lot of refuseniks (this writer included) moving over to the Paddock and it’s also this writer’s opinion that the Stretford End was never quite the same after this. END_OF_DOCUMENT_TOKEN_TO_BE_REPLACED

United defend a…nah, this photograph makes the game look far more interesting than what it was. The photo has been put up purely to boost this blog post’s profile in social media and for no other reason. The income generated will boost the coffers in my campaign for world domination; a kitty that presently has £5.27, a pack of king size rizlas and half an ounce of… rolling baccy, you rascal.
END_OF_DOCUMENT_TOKEN_TO_BE_REPLACED 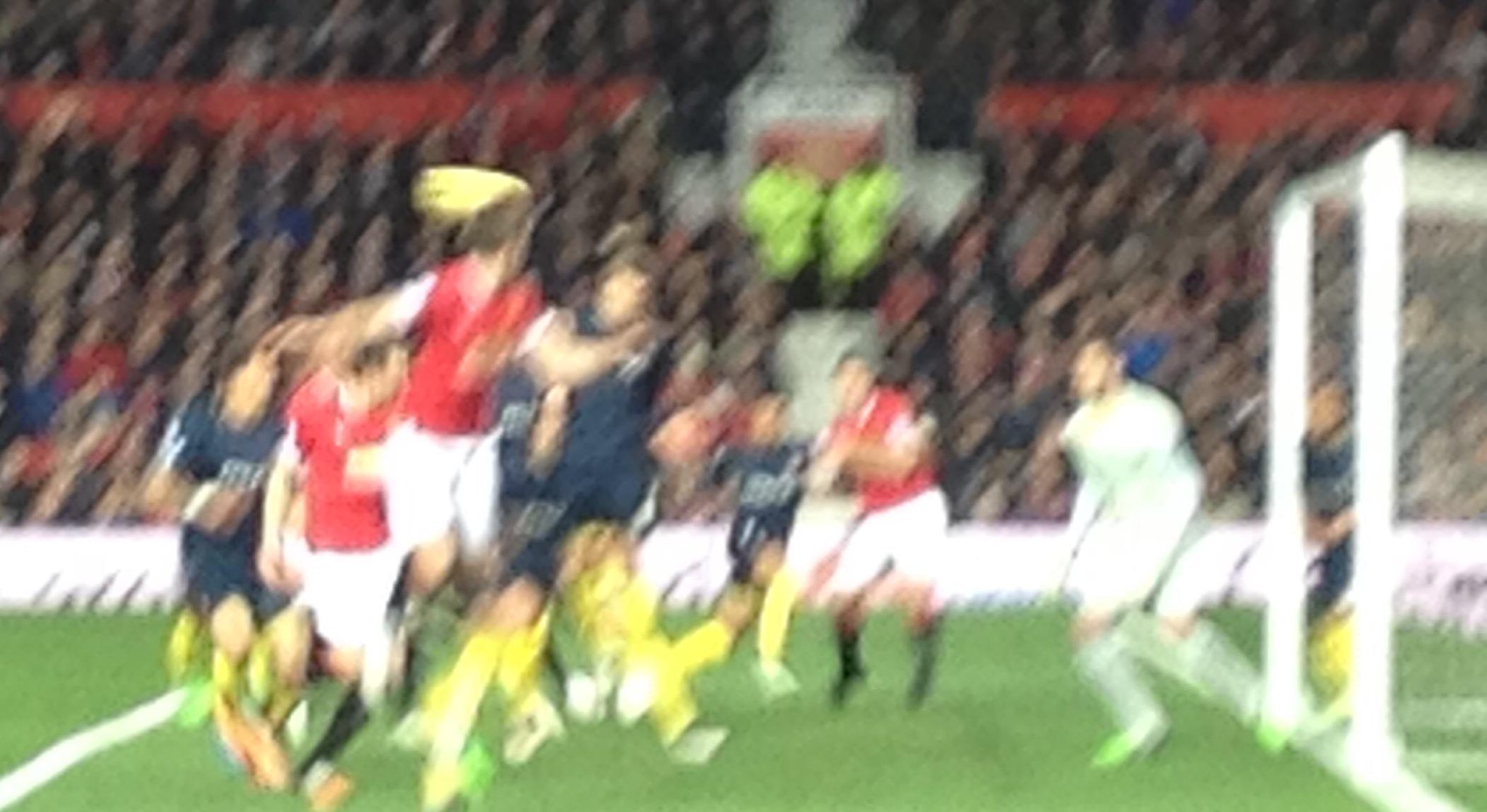 After that, United, who’d previously played as if they were defending a 3-0 lead away in the Camp Nou, started to actually play better than before. END_OF_DOCUMENT_TOKEN_TO_BE_REPLACED 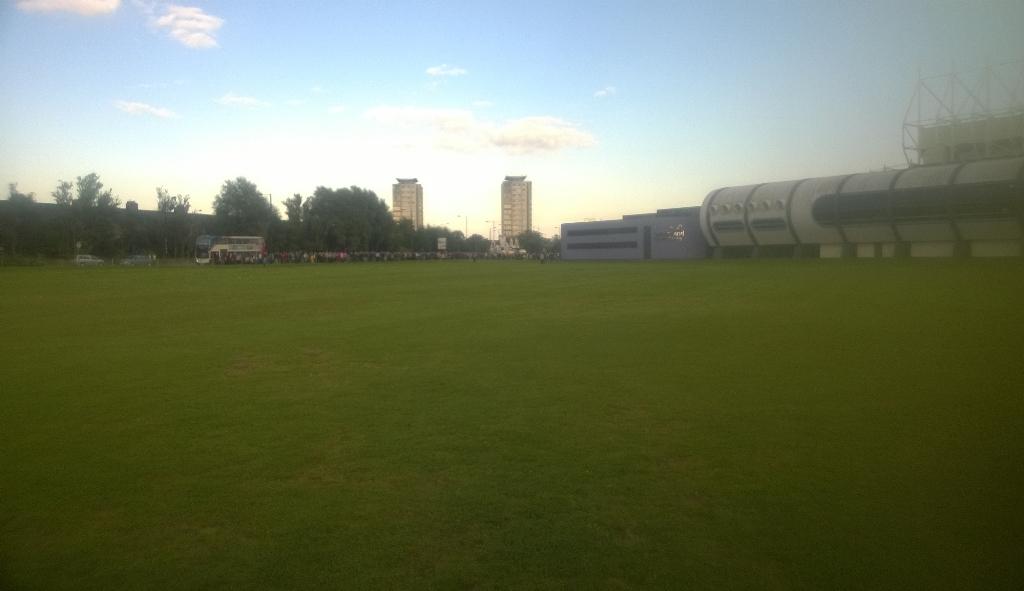 Inside the ground, United fans were initially in good voice but the tepid performance END_OF_DOCUMENT_TOKEN_TO_BE_REPLACED

Three weeks ago, United played City and for the first time ever, I didn’t see a single ticket tout working a United game. The same thing happened yesterday at Arsenal’s stadium at Ashburton Grove. The circumstances though between the two games and lack of ticket grafters were radically different. For the derby, the local plod had decided on a zero tolerance policy for the enterprising free marketeers who work on Warwick Road, doing as the government tell them to do by going out and earning a living. Damned if they do, damned if they don’t. Yesterday at Arsenal, I did not come across a single person selling a ticket until the game had kicked off. The concourse was flooded with reds desperately trying to get tickets and there was absolutely nothing about. Through desperation, I tried jibbing my way into the ground. Twice I got in and twice some over-enthusiastic and underpaid jobsworth woke up at the very second I didn’t want them too. On the third attempt, I was clocked by a Policeman who’d saw me getting kicked out five minutes earlier. After he compared me to a feature of female genitalia, he advised me in Anglo Saxon language with all the humour you’d expect from a copper that I’d be spending some time courtesy of his friends and her majesty at Blackstock Road Police station if he saw me again. I didn’t want that to happen as they have a habit of releasing people minutes after the last train has left so you don’t even get a nights stay out of them. With resignation, I was walking towards Holloway Road to find a pub showing the match when I bumped into an Arsenal fan who offered me a spare for £200.00. Seconds after I told him this amateur once a season tout which orifice he could place his ticket, I heard a faint cheer go up and I was convinced United had scored. Due to the local mobile phone masts going berserk, it was a good five minutes before I could phone somebody to be greeted with the news that it was actually Arsenal who had scored with a goal by Theo Walcott. END_OF_DOCUMENT_TOKEN_TO_BE_REPLACED